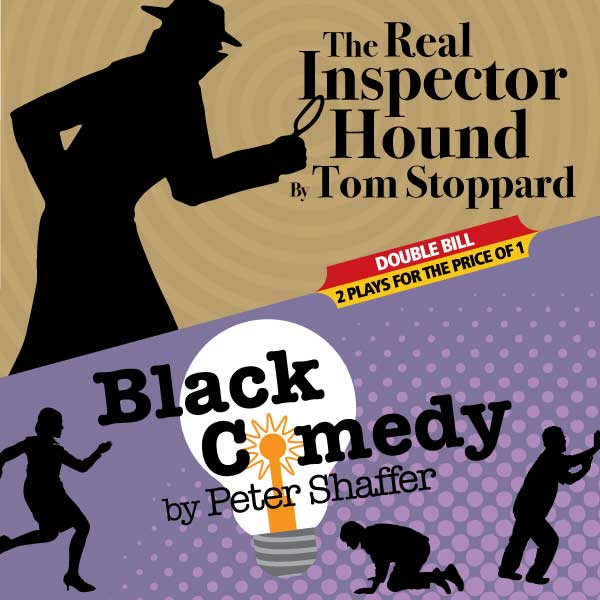 “THE REAL INSPECTOR HOUND” by Tom Stoppard - Feuding theatre critics Moon and Birdboot, the first a fusty philanderer and the second a pompous and vindictive second stringer, are swept into the whodunit they are viewing. This is a hilarious spoof of Agatha Christie!

BLACK COMEDY by Peter Shaffer - A young sculptor arranges an evening at home with guests ... and then the lights fail! A classic farce which occurs during a blackout. The play begins in complete darkness and then when the blackout occurs the stage is then illuminated. Hilariously, the characters are seen shambling around by the audience but invisible to one another.